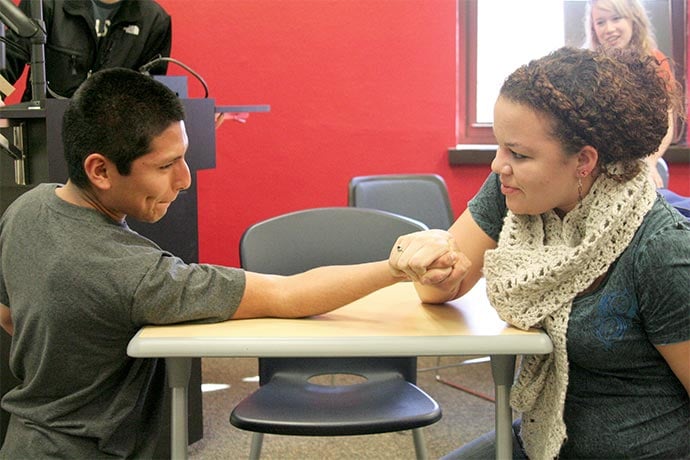 Electronics is an obscure corner of computing. Most people today might have no clue electronics is about building stuff with diagrams, parts, wires, and a solder gun. Some thoughts about what makes electronics important. And fun.

Electronics is an obscure corner of computing. Most people today might have no clue electronics is about building stuff with diagrams, parts, wires, and a solder gun.

Decades ago, most software engineers got their start with electronics projects, from building radios bought from Heathkit to homegrown projects found through magazines or word of mouth. Even with kits, you had to learn how to read a circuit diagram, how to solder, and the difference between capacitors and resistors. Today most coders begin with software, not hardware. And many coders are users who code applications with one or more languages, not really makers who create software languages from scratch.

The idea of starting with electronics and hardware is natural but less obvious. However, when people do think of messing with computer hardware, they think of Raspberry Pi, Arduino, Beagle Bone, and other micro computer devices. While you can build neat stuff with these devices, it’s rare you solder or have to work with circuit diagrams as required with electronics. Breadboards are the closest many come to the experience of building an electronics project from a circuit diagram, a solder gun, and a bunch of loose electronics parts.

This issue is hopefully a small but really useful map to show where to go to learn about electronics. The story about Zina Lahr, for example, shows how one person took knowledge of schematics and soldering, combined it with her interest in nature and how people and animals move, then made robots and neat stop motion videos. But you also could go traditional and build a radio. Or go really traditional and build a shortwave ham radio (look it up: it’s not a radio made of ham or Spam).

The current place of electronics in the computing universe also highlights a more interesting issue than the relative value of electronics, programming, computer science, the social use of computing, and the many other parts of the computing universe: what’s the point? Should every person on the planet learn to code? And, if not, what should they learn, if anything? You don’t have to read a circuit diagram, for example, to be a great coder or computer scientist.

Today the argument for everyone to learn technology is largely driven by a perception we have too few software engineers and computer scientists.

One of my sisters recently sent me an article on Medium touting a US Labor Department statistic that proves the US will have a shortage of programmers and computer scientists by 2020. Except it is not true, or not entirely true. The Institute of Electrical and Electronics Engineers (IEEE) debunked the “STEM crisis” argument last summer with a thorough article looking at the history of this argument. Turns out the crisis argument appears and disappears in history. Reality runs on a different track than rhetoric some times.

In the real world, there have been shortages of engineers but it has not created the crisis predicted. It has created higher wages, which management might not like, but not for long. Far more important, any shortages have not dampened the explosion of technology over the past century or two. People still did research and invented neat stuff. Individuals and companies took the research and built neat products and services. Life went on.

If there is not a STEM crisis, then you can ask a better question, one not driven by fear or belief in future shortages of computer scientists and software engineers. The question is, what should people learn about technology?

Not everyone likes the rigors of coding. Not everyone is great with math. Yet clearly everyone uses technology. And, equally clear, everyone should know something about technology. The US NSA spying revelations, for example, show how governments can use technology to violate basic human rights to privacy, especially when people don’t have time or knowledge required to ask rude questions about how their data might be collected and used. The question is, what should we all learn about technology?

The answer should revolve around the idea of users and makers. People should learn at least a little about both points of view. Learn enough about programming, for example, to understand how it is a human solution to a human problem. But also learn about how to choose technology. Learn about how to be aware of privacy issues with technology and how to engage online in a respectful manner. Encourage the people who want to create startups but do not expect a majority of people will be interested. Encourage everyone to know how to use technology to make their lives better.

And, as a chronic underachiever in school, please lets make this less about teaching kids to fill jobs and more about how technology might safely improve our lives at all levels as humans and members of communities, in a way that respects our humanity, not only in the workplace. Job skills are great, and important to learn. But the human experience is more vast and mysterious and fun than any job. Technology should include people, not exclude them.

The best part? Much of this approach is already defined and in use in classrooms. The Computer Science Teachers Association (CSTA), for example, has a curriculum built around a diverse set of content anyone can learn to make themselves better users and makers. Their curriculum does not overemphasize either point of view. Their curriculum teaches students, and really anyone who wants to dig through their materials, a solid foundation about technology and how to use it responsibly.

So I encourage you to read about electronics in this issue even if you don’t think you’d be interested. You might watch a Ben Heck episode and change your mind. Or be inspired by Zina Lahr’s amazing robots. Worst case, though, you’ll learn enough about electronics to understand the basics and where to go to learn more based on your interest level.

Thanks, as always, for reading this issue! And if you’re not a subscriber and find useful stuff in this magazine, please subscribe today.

The STEM Crisis is a Myth

The Rise, Fall, and Rise of Electronics Kits

Ben Heckendorn is a self-taught maker with high energy, an internet show on Element14 (The Ben Heck Show), and a wonderfully wicked sense of humor. He also inspired this issue of the magazine.

Here are links to projects, tutorials, parts, and online communities to help you get started with electronics projects for beginners.

Meet someone who used her love of electronics to create deeply fun and personal robots, gadgets, and other cool stuff.

Version control software captures an evolving snapshot of one set of code along with all changes in case older versions need to be retrieved.

How do programming languages know what to process? And in the correct order?

JSON, or JavaScript Object Notation, is an elegant way to organize data into key:value pairs and make web applications work like software.

Links from the bottom of all the March 2014 articles, collected in one place for you to print, share, or bookmark.

Node.js is a software platform to create fast, scalable web applications quickly. These applications also use JavaScript on the server and web browsers.

These databases are relatively new technology to store data in databases. Here are a few options to explore.

Interesting stories about computer science, software programming, and technology for the month of February 2014.