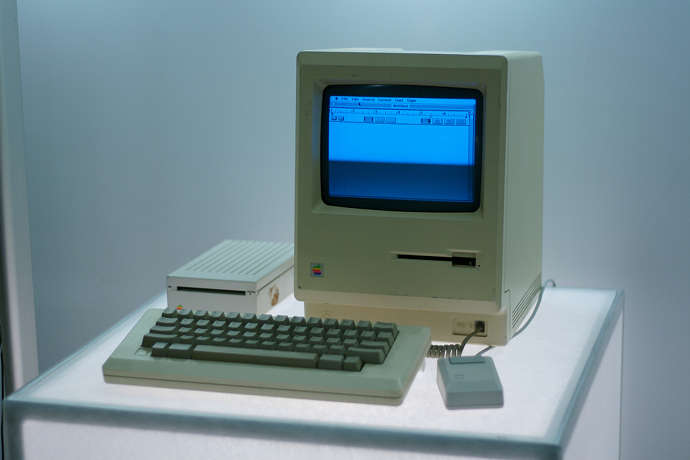 Today programs like Scratch, Alice, Tynker, Hopscotch, Codea, and others let kids create things. But there is a key distinction to be made about how kids use computers at school and home.

Last month, a tweet from this magazine to promote an article about the LOGO programming language prompted a reader @HackerJimbo to offer a link to an MIT paper from 1971 by Seymour Papert and Cynthia Solomon, 20 Things to Do With a Computer.

Somehow I had missed the paper when I researched my LOGO article. Which is unfortunate. The paper makes a point still valid forty years later:

Why then should computers in schools be confined to computing the sum of the squares of the first twenty odd numbers and similar so-called ‘problem-solving’ uses? Why not use them to produce some action?”

Papert and Solomon argue computers and computing are used to “…teach the same old stuff in thinly disguised versions of the same old way.” The LOGO language was created to let kids use programming and computers to do creative things, not just rote activities. The language is both a simple way for kids to create actions, often through a turtle avatar, as well as solve adult problems with other features of the language.

Today programs like Scratch let kids create things. But there is a key distinction to be made about how kids use computers at school and home.

In an article Programming in Kindergarten, Marina Umaschi Bers points out the difference between a playpen and a playground. A playpen is contained and controlled, usually by adults. Children in a playpen get a limited experience of play. A playground is a large area where kids are free to roam and explore. Adults control the playground but in a less restrictive way. Kids experience more. They’re forced to define then solve problems on a playground. They can be alone or play with other kids.

Programs like Scratch work well for kids because they offer a playground where kids can experiment and fail easily with little harm. Put another way, these tools reward repeated use and clicking of their buttons. Adult supervision helps but is not required.

This issue of the magazine is mostly about teaching kids computer science and programming, two subjects you might think don’t apply to kids ages 3-7. However, there are at least two curricula available to provide guidance for teachers and parents. And there are a vast array of toys to help kids grow up to be creative people who work well with others.

As you pick toys for your kids, or teach them, remember the distinction between a playpen and a playground. And question tools which simply teach the same old stuff in a shiny new way. Computer science and programming are relatively new to schools. It is an opportunity to find what is special about these disciplines and to share them with kids in creative ways.

20 Things to Do with a Computer (Papert, Solomon)

Why Kids Love Scratch: It Lets Them Fail in a Way Their Parents Don't

Also In The September 2014 Issue

The best toy is one that is fun for your child and meets their needs. This article helps with ideas how to choose toys and where to find them.

People use the Scratch language to create interactive stories, games, and animations. Includes an active community to share projects.

Learning how to draw is a great way to learn how to pay attention to detail, and learn what to leave out.

Databases are mysterious but critical technology. Here's one simple way to describe them to kids (and adults).

Luis Carbajosa is a Civil Engineer in Spain who, with his wife, are raising five boys who love technology.

Contrary to what you might think, the Python programming language is not too complicated for kids to learn and use effectively.

Find kid-friendly projects online to keep you and your kids busy having fun and learning.

Links from the bottom of all the September 2014 articles, collected in one place for you to print, share, or bookmark.

Interesting stories about computer science, software programming, and technology for the month of August 2014.